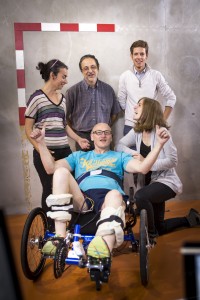 In 2015, several individuals decided to join their efforts and expertise (engineering, physiotherapy, medicine) in order to develop a first functional electrical stimulation (FES) assisted trike adapted to paraplegic people associated to a training program. In October 2016 they participated to the first Cybathlon. Freewheels 2016 has been a great human adventure supported by Inria, the French National Institute for computer science and applied mathematics and CRF COS Divio (Dijon).

Cybathlon 2016, was a championship for racing pilots with disabilities using advanced assistive devices  organized in Zurich: the Cybathlon (http://www.cybathlon.ethz.ch/). Our team participated to the FES-cycling discipline. Using a wireless electrical stimulator in combination with position sensors located on the bike pedals, the pilot was able to propel the trike.

The team was composed as follows: 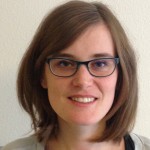 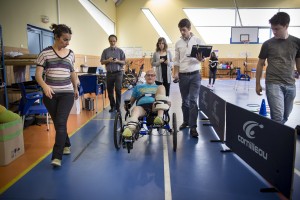 Indoor and outdoor FES-bikes commercialization.
One BerkelBike bike was lent to us for the training of our pilot.

Technical expertise in instrumenting cycles.
One pair of power pedals were lent to us for the optimization of our activation patterns.

Technical support on trike adaptation.
Excellent advices were provide to us. 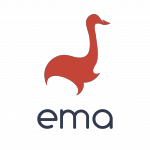 Body Area networks, inertial sensors technology.
Inertial FOX sensors were lent to us for the tracking of our pilot performances.